The nanuks are determined not to be sitting "bears" due to global warming. Sourcing a supply of canned fish may be a way to survive the diminishing sea ice — and if nothing else, it gives them a good reason to travel all the way from the North Pole to Germany to party down with their doggie friends there!

Pick-a-Polar Bear, first published as Formissimo, features the same gameplay as Pick-a-Dog but with two new variants! To set up the basic game, lay out 30 cards in a grid and give one card face down to each player. Each card has five attributes, with each attribute having two states: large/small, with/without a raised arm, orange autumn/blue winter background, with/without goggles, and with/without canned fish. Someone shouts "Go!", then everyone looks at their card in hand. Players then start grabbing cards from the grid and stacking them in hand. The card grabbed must be identical to the top card in hand or differ from that top card in only one way. Thus, as you grab cards, the attributes of that top card will keep changing, forcing you to look for matches in new ways.

Once a player thinks he can"t grab any more cards, he yells "Stop!" The round ends, and all players check their card stacks. If someone made a mistake when grabbing cards, that player keeps none of the cards gathered that round. If the player who stopped the round made no mistakes, he earns an extra card. If, however, he stopped the round when he could have collected more cards, then he loses all the cards he"s collected during this round.

To set up for the next round, give each player a new face-down card and fill in the holes in the grid. When the deck runs out, complete that round, after which the game ends. Whoever has collected the most cards wins!

Pick-a-Polar Bear includes two game variants. In the first, the player who has obtained the most cards in the preceding round cannot grab a card that"s identical to his top card in the current round. For the second variant, shuffle eight "bonus round" cards into the deck. If when laying out the cards in the grid, the dealer reveals the back of a bonus round card when at least ten cards are on the table, everyone prepares for the bonus round. The dealer reveals this card, which shows two card elements such as upraised arm and goggles, and everyone races to yell out how many cards in the grid feature these two elements. Whoever yells out the correct answer first receives the bonus round card, which is worth 2 points, whoever yells out the wrong answer takes a -2 point penalty card. The dealer then continues filling the grid. (If the grid contains fewer than ten cards when a bonus round card comes up in the deck, discard this card and continue to fill the grid.)
Manufacturer: DEVIR
Nş of players: 2-5
Duration: 15 min.
Minimun age: +8
Language: Spanish

This product was added to our catalog on Wednesday 18 July, 2018. 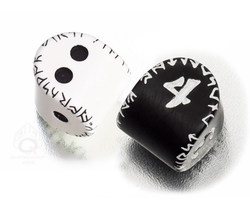 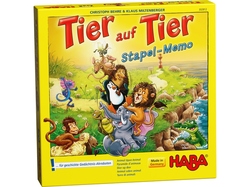 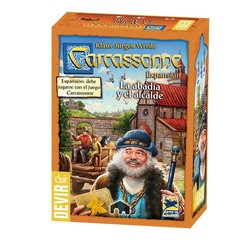 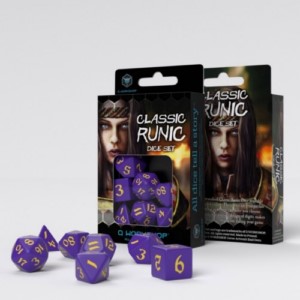 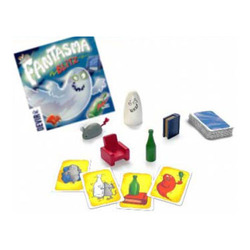